A sun architecture - The party is in full swing

KompleX KapharnaüM attempts through its projects to transform public space into a scenic space
and experiments with different ways of occupying this space. It provokes encounters, blurs borders and re-routes special areas. Migration – Sunshine Architecture is an architectural kit that is deployed in the town or city, reaching out to meet its inhabitants and welcoming different artistic forms into its midst. The structure is equipped with printed photovoltaic surfaces and flexible batteries, making it possible to capture and store energy so that it can be used to serve the activities that the structure houses. Once charged, the battery panels can be moved and used for different activities.

Switching on a device today is an automatic, almost magical gesture.
To rethink this relationship to energy, we sought to make concrete the effort necessary for its production. And bring up a political question: if energy is limited, what do we decide to use it for? The challenge is twofold: to raise awareness of the effort required to produce energy. And anticipate, despite all technological beliefs, that at some point you will probably have to restrict yourself in your consumption. And therefore choose which sectors of activity to prioritize energy.

The installation explores the idea of energy autonomy but also questions the apparent easy access to energy by offering choices to the spectator: to supply power to a sound system, light up a ball or make a coffee, etc.

We presented « A Sunshine Architecture » for the first time in February at Experimenta / Art Science
Biennal in Grenoble.
Have a look at the project : https://youtu.be/9DA7REdf8BI

After Experimenta, we were asked to present the Sunshine Architecture at a seminary of a public
organization.
After hesitating, because we make live performance, we tried to imagine an artistic object between videoconference, cinema, interaction, spectacle, which changes our practice, and asks a political question: if the energy is limited, who will decide how to use it?

The artistic proposition takes the form of a videoconference, keeps running as a sequence shot from an adventure film, and ends in a hallucinated club where reality seems dissolved. Little by little the spectators find themselves dizzy. Caught in a delirious festive atmosphere, but with the awareness that the battery that powers the experience is draining ... and perhaps robbing other viewers.How far will they go? Who will take responsibility?
To appreciate the effort required to provide energy and keep their screens on, participants must be active. Without this effort, their computer screen turns black, and they can no longer follow the proposal.The video fiction is broadcast through a web page specially developed by our team of engineers. Thanks to this interface, the spectator is taken to task and can take control to stop the party at any time.

If, despite technological undertakings, energy runs out one day, where should it be prioritized? School or industry? Stadium or theater? Who will decide? It is this political question that the participants of this digital and immersive proposition improve. 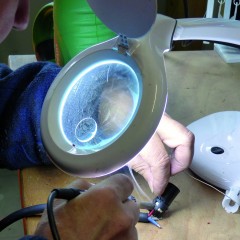 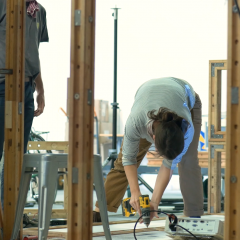 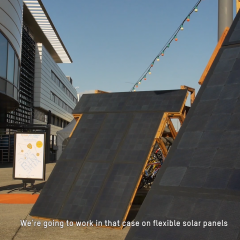 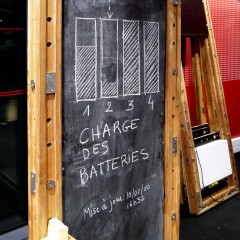 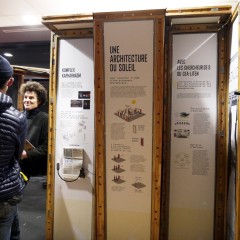 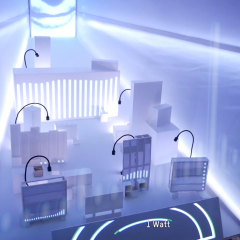