A game of hide-and-seek has been played in the Hansaviertel district of Münster on the 21st and 22nd of June for 4 preview performances as part of Flurstücke 019, with the support of the OFAJ, the Franco-German Office for Youth.

From the 14th to the 20th of June, the Kxkm team collected testimonies and stories from inhabitants, passers-by and users of the site.

Lifestyles, social and economic problems, community life, intimacy, Hide&See(k) painted the portrait of this district located between the Bremerplatz ; an isolated square behind the station that welcomes people in precarious situations far from the city centre, and the gentrified old port.

In total, seven intimate portraits shone on the walls and resonated between the bricks, in front of a large audience at each performance.
The black and white contact sheets of Hilde, Bahadour, Jürgen, Kathi and Michele, David, Hans and Nina were accompanied by stop-motion images, neighbourhood soundscapes and recordings of discussions with many others, randomly crossed.

Finally, everyone's dreams climbed the walls of an old church transformed into a sports hall.
"Which future, and for whom?" Maybe a more common future....

A premiere in a foreign language, with a reinforced and multilingual team, that confirms the international dimension of this new creation. 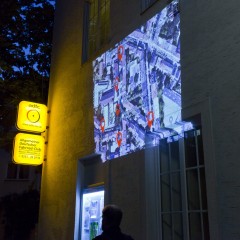 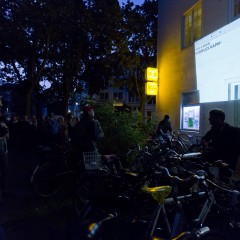 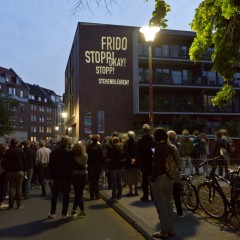 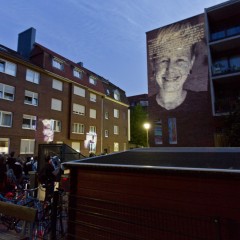